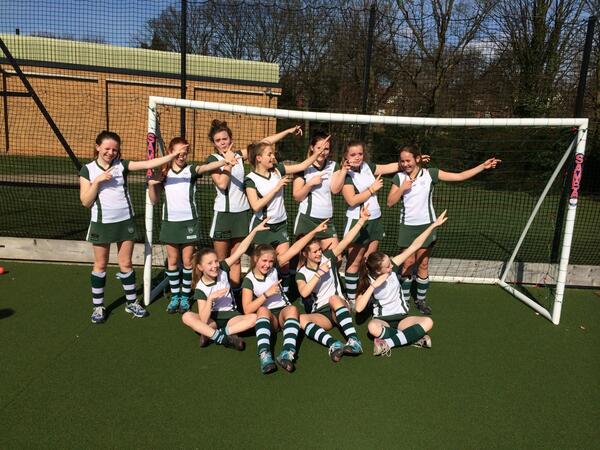 Having worked in Education for almost thirty years, and in leadership positions for twenty of those, I have only ever taught in a co-educational environment until January this year when I became Principal of Surbiton High School. Surbiton High School comprises three Schools - a Girls’ Prep,… 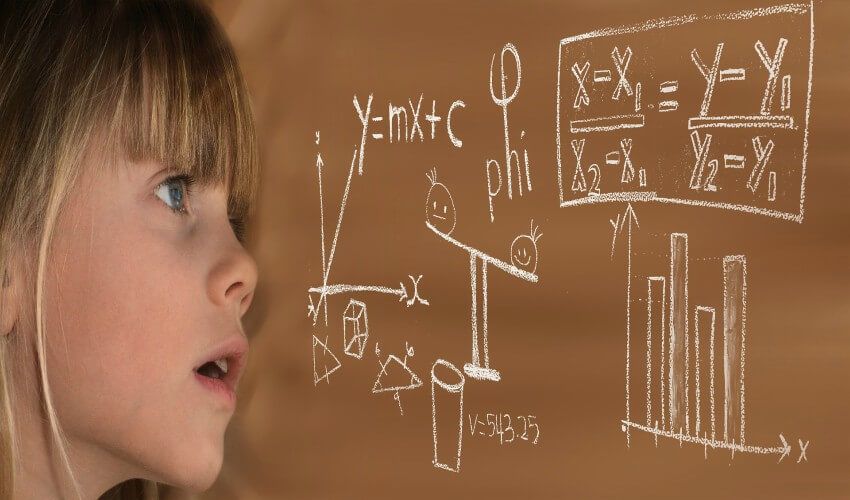 The Paradox of Gender-Equality: Women in STEM

Article published by Leeds Beckett University on 14th February 2018. Dubbed the ‘gender equality paradox’, the research found that countries such as Albania and Algeria have a greater percentage of women amongst their STEM graduates than countries lauded for their high levels of gender… 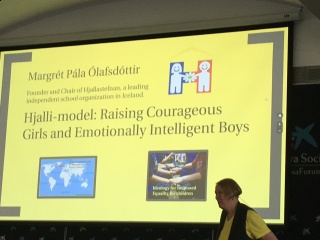 Margrét Pála, from Iceland, explains her single-sex school model in the Annual Conference of EASSE Catalunya

Margrét Pála Ólafsdóttir is an Icelandic educator who in the 1980s began developing ideas for kindergarten education that became known as the Hjalli method. Bringing a gender perspective to what she saw as a chaotic system, she separated boys and girls into different parts of the school, put them in uniforms, threw away conventional toys and books and set about addressing the strengths and weaknesses of either sex.

Though her approach was controversial at the beginning, she has since won recognition for the Hjalli method in the form of a prize the country’s Minister of Equal Rights (1997) and The Knight's Cross of the Icelandic Order of the Falcon from the President of Iceland for innovation in Education (2006). In a TED talk she gave in 2013 she said that 17 kindergartens and 15 primary schools following this model.

The interesting thing about Pala is that she is a gender feminist right to her finger tips, as papers she has authored with names like “Fighting the burden of conventional gender roles” show. But she is fighting gender with gender, convinced that gender stereotypes can only be broken down by dealing with girls and boys separately.

This is how she explains it in the TED talk.

Good girls vs important boys: In the typical co-ed class girls are affirmed for behaving well, but en masse: “Ah, the girls are so good.” But the boys, largely because of their unruliness, are getting individual attention: “John, sit down. Peter, read your book.” So the girls are learning that they are not as important as the boys, although they behave well and get good grades. The boys are also learning, “we are important”, even though they are losing their educational self-image and “a lot of them stop believing in themselves.”

Nurtured on gender stereotypes: By the time they come to pre-school girls and boys have already imbibed gender stereotypical ideas from their environment, especially from the media. The mixed class setting only reinforces this. Boys look at the girls to see how not to behave: “I’m not supposed to be interested in my schoolwork, like them.” And the girls similarly: “Boys are loud and they take up space. I’m not going to be like them.” This is what she calls "the reversed mirror".

Brains and experience: It’s a scientific fact that there are developmental differences between the sexes, but if their brains are different at a certain age this is largely a matter of timing, not of some essential difference between male and female, Pala seems to suggest. Brains are formed by experience as well as nature, and it’s the experiences she wants to change.

Compensation for what’s missing: Segregating the sexes (in separate departments of the one school) brings an automatic gain for both – they get the same attention for a start – but it is not enough. They then need an education that will “compensate for everything they haven’t got in their upbringing, because of their sex.” This means, for example, training boys to take care of younger ones or to wear pink, and girls to be more daring, frank and open-hearted.

Learning to be friends: There is, however, an element of co-education. Each day there is a time for interaction between the boys and girls (using games, projects) during which they learn to show respect for one another, talk to one another and develop friendship. “If we don’t train it, it’s not there,” says Pala. (Evidently families can’t do this because of the pervasive sexism in society.)

For both sexes “compensation” means tempering the competitive spirit with training in co-operation and helpfulness, encouraging independence by breaking norms (entering a room through a window, painting directly onto a table instead of paper…) fostering courage and resilience. These goals are assisted by banning standard text books (from the age of 10 children learn individually using iPads), commercial toys (with their gender messages) and other products, and substituting creative play and invention.

Pala reckons it is working.

The gender gap in Iceland

Might this kind of single-sex schooling meet the requirements of both sides of the single-sex debate, and close the gender gap? Is it making a difference to Iceland? With a population of only 326,000, two-thirds of it clustered around the capital  Reykjavík, two to three dozen kindergartens and schools might well have an impact on the nation.

There are other factors, of course. The government has a big focus on scientific research and development, and the schools generally turn out students particularly proficient in maths and reading.

Whatever the reason, the latest OECD report notes that Iceland is one of only a handful countries where at least one in three graduates in the fields of engineering, manufacturing, construction and computing was a woman. It is also, together with Norway and Sweden, a country where high-achieving girls outperform high-achieving boys in science when they have similar levels of self-confidence about science. Girls in Iceland also outperform boys in maths, although their advantage has narrowed since 2003.

On the downside the country’s share of low achievers who are boys is larger (66 percent) than the OECD average (61 percent), which makes closing the gender gap look like a zero sum game.

Most of the ideas belong to an article by Carolyn Moynihan published in Mercatornet. 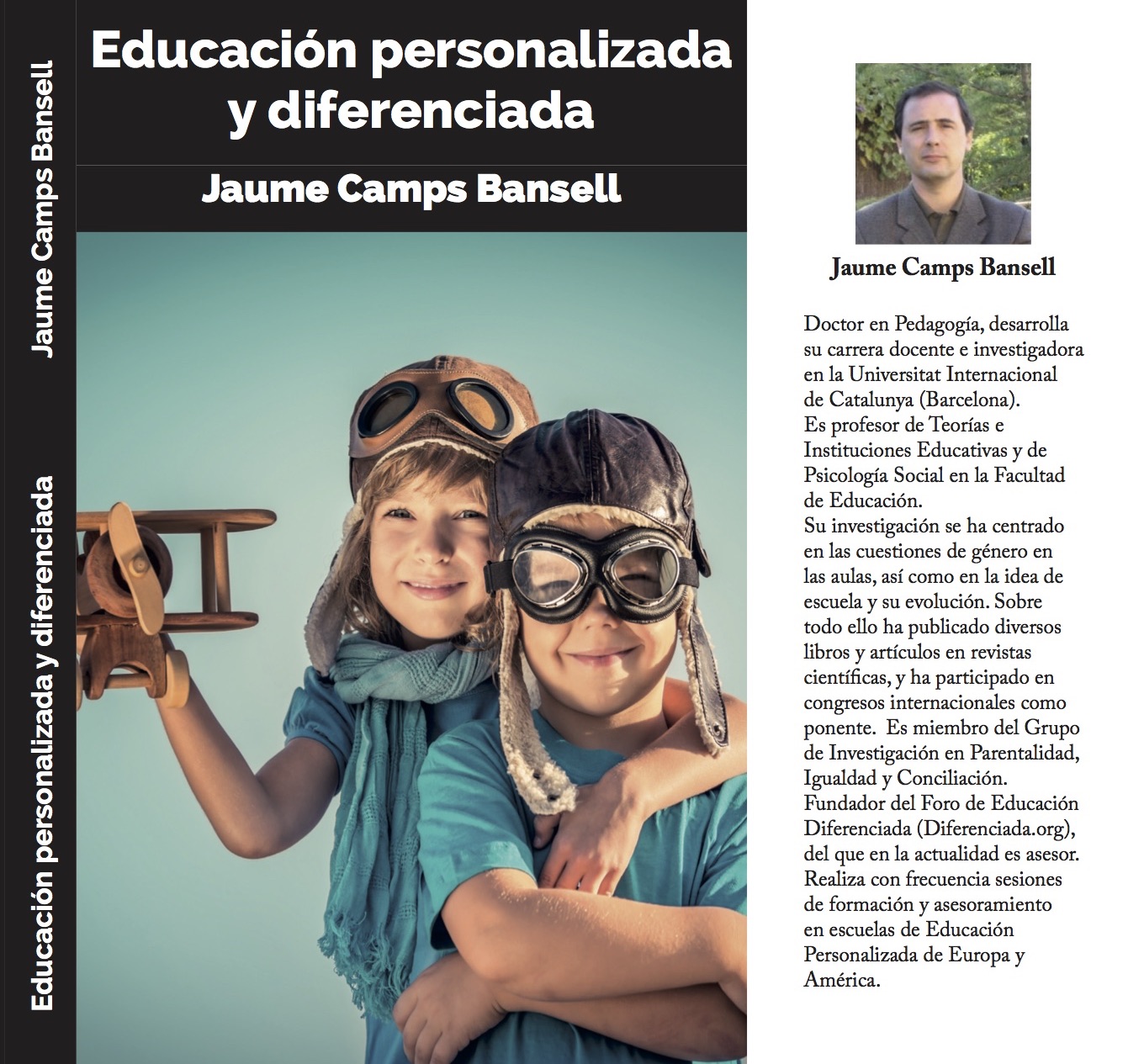 The Girls in ICT day event is held on the fourth Thursday of April at the international level and wants to bring the world of information and communication technologies (ICT) to girls. It is celebrated in more than 160 countries around the world and consists of all kinds of activities.

The activities organized by the Faculty of Computer Science of Barcelona for the next edition of the Girls in ICT Day will be on May 17, 2018. Check the program and sign up!