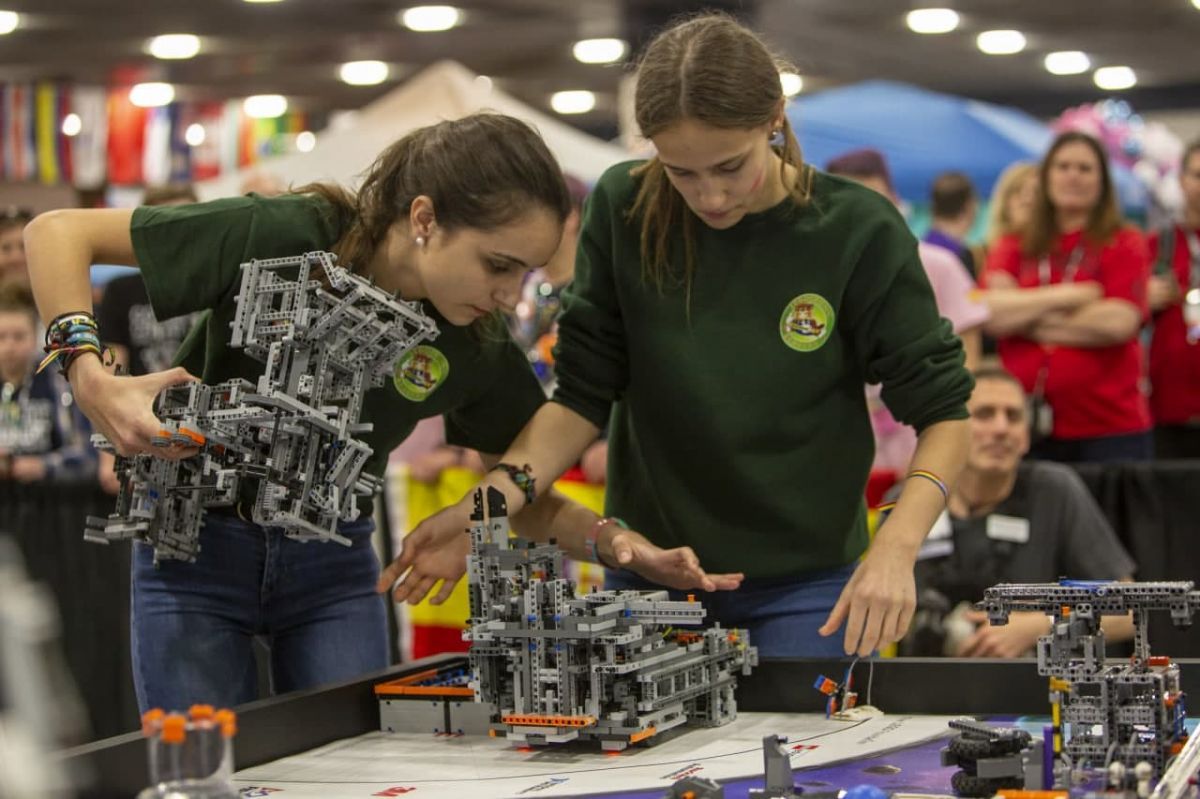 This article by Ariadna González was published in Diari de Girona on July 31st, 2022.

25.5% of those enrolled in the Polytechnic School of the University of Girona are girls, compared to 74.5% of boys. The degrees with more girls enrolled are Biomedical Engineering and Architecture

University pre-registration for the next course repeats the traditional patterns and makes a big difference between boys and girls when it comes to choosing a career. There is still a very marked gender gap, especially in the areas of STEM studies (science, technology, engineering and mathematics), which are usually chosen by boys.

As a result, female talent is absent in these sectors, which are essential for the country's development and which, in the future, may lead to a socioeconomic gap because they are the most highly paid professions. This means building a future without the plurality and richness of visions and capacities that both sexes can contribute. As Judith Viader, president of the UdG Polytechnic Board of Trustees, points out, "science and technology allow us to have a positive impact on society and the territory, which is why it is necessary for this ecosystem of knowledge to be as rich as possible, the great diversity of views”.

"The difficult thing in talent management is putting into practice what is said: companies also have an active role in encouraging women to occupy traditionally masculinized places"

At the Polytechnic School of the University of Girona (EPS), 25.5% of girls have enrolled in the 2022-23 academic year, compared to 74.5% of men. Maria Àngels Pèlach, the director of the EPS explains that "the situation has improved since 2017 when we had 20% of new entrants". However, she also assures that “I don't know if we can ever reach 30% because they are studies that girls don't choose. Yes, there are studies in which there are more than 30% girls, but in others it does not reach 10% ».

Among the studies of the Polytechnic School of the UdG there is also some gender difference. In a relatively new study, Biomedical Engineering, the percentage of women is higher than that of men, specifically there are 70% of new entry girls. And in Architecture the percentage of girls is also higher, specifically 59%. On the other hand, in the case of Computer Engineering, only 7% of the students are girls. «The difference between Biomedical Engineering and Computer Science is that, perhaps, in the second there is a preconception, which may be false, of what computer scientists do and it may be that, for this reason, some girls do not choose it» adds Pèlach .

«At the Polytechnic I don't know if we can ever reach 30% of female students, because they are studies that they don't choose. Yes, there are studies in which there are more than 30% girls, but in others it does not reach 10%»

To try to reverse this situation and make the girls more interested in this type of studies, the director of the EPS comments that they have sent female engineers to secondary schools so that the girls see that it is possible to choose this path instead of what the society establishes. Cristina Sànchez Miret, a sociologist at the UdG, also considers that it is in schools, in pre-university studies, that work should be done, because we learn from an early age, but she also assures that it is difficult: "there are already programs that encourage girls to do other careers, but at the same time, in schools there are many messages against these programs. They are messages that we are all reproducing, the school is not prepared not to be sexist, and neither are we. On the other hand, Judith Viader, adds that «it is a cycle that begins even before choosing a university degree: at school, in families in the environment... Therefore, I am convinced that it is very important to have gender references on high-end tech sites. Viader also points out that for girls to be attracted to studies in this field, it would be necessary to "make visible women occupying specific technological positions but also prominent positions both in the company, as well as in the University or in the Councils and Associations".

The root of the gender gap is society: "we have tried to break ceilings and barriers, but they are still there" declares Sánchez Miret. "Now there are some jobs that are feminized or masculinized, but there is still a barrier between men and women, this determines us socially." The sociologist assures that there are people who try to carry out a total transformation of themselves, but that, ultimately, we are sexist because «it is defined by society, it leads us here. For example, when I don't watch my actions, I see that I'm still a sexist." To put an end to this gender differentiation, the sociologist assures that the most important are the schools: «we must learn, as teachers, what mechanisms should not be reproduced, but, being sexist, it is very difficult to do so». He adds that "if it did not happen, the career chosen by each one would not matter and people would choose what they like, but there are still pre-established paths for boys and girls."

The difference between the two genders is present in all areas. In the Law career there are many women, and in the courts there is more balance, but there are still no women in important positions, since these places are occupied by men. Albert Ruda, dean of the Faculty of Law of the UdG states that "until we have a Supreme Court dominated by women, which is perhaps what we should have, a few years will have to pass and society will have to change."

"Some fellow jurists say that there is a glass ceiling that prevents them from accessing those positions of responsibility," says the dean. «Legislation is made by men and applied by men and includes biases typical of the male vision. This will change as the legislation picks up that other point of view.

The field of STEM does not attract female talent

The study by the Social Observatory of the "La Caixa" Foundation entitled "The field of STEM does not attract female talent" found that in Spain only 16% of professionals in the area of ​​STEM (science, technology, engineering and mathematics) are women, and only 0.7% of adolescents are interested in studying a degree in this field, which contrasts with 7% of boys.

The study has concluded that women do not usually choose STEM degrees, but once they start this type of studies, they are the ones who drop out the least. In face-to-face Universities, which represent 85% of the total, the overall dropout rate for women is between 2 and 6 points lower than for men. In the Spanish university system as a whole, women have a higher academic performance in relation to the subjects passed in which they enrolled. The same pattern is detected in the STEM area. The average mark of both sexes is similar, but men obtain better marks in careers related to mathematics (7.2 out of 10), while women present better academic results in engineering and architecture (6.8 out of 10).

According to the study, the next step is to define when and in relation to what aspects the gender gap begins, and how this gap evolves during pre-university education.